An open protocol for issuing managed tokens on Solana.

The Token Manager program is a wrapper protocol that achieves conditional ownership of Solana NFTs. It allows one to issue an NFT to another party with embedded mechanisms for programmatic management of the token while it sits in their wallet. Among others, things like time-based expiration, usage-based expiration, selective transferability, and non-transferability are possible with the Token Manager. Its modular design uses “plugin” invalidators, approval authorities, and transfer authorities modeled as separate smart contracts to allow for theoretically any custom invalidation, claiming, and transfer logic tied to on-chain data. We currently offer two out-of-the-box invalidator plugins to support basic time and usage-based expiration as well as a basic payment-based claim approver.

Program addresses are the same on devnet, testnet, and mainnet-beta.

Cardinal token-manager is made to be composable. It allows for plugins for

When instantiating a token-manager, the issuer can set a claim approver, transfer authority and invalidators that can control the claim, transfer and invalidate mechanisms. These are all plugins that can be pointed to any program-derived account or user owned account. Out of the box, there are basic plugins to power use and time rentals and subscriptions.

All of these are modeled are separate programs so users can choose to implement custom logic in a separate program for claim, transfer and invalidation. Payment manager handles payment splits for all payments associated with the programs and also has built in support for paying out creator royalties.

The concept of claim_authority allows for the issuer to specify specific public key that can approve claiming of the tokens. This can be used in a few contexts.

If not set, this token can be claimed by anyone.

The concept of receipts allows the issuer of token(s) into a token-manager to mint a receipt NFT representing this token-manager. Coupled with InvalidationType::Return above, the receipt can be freely traded and represent the public key that the token(s) will be returned to when they are invalidated. This essentially represents the underlying asset during outstanding rentals. 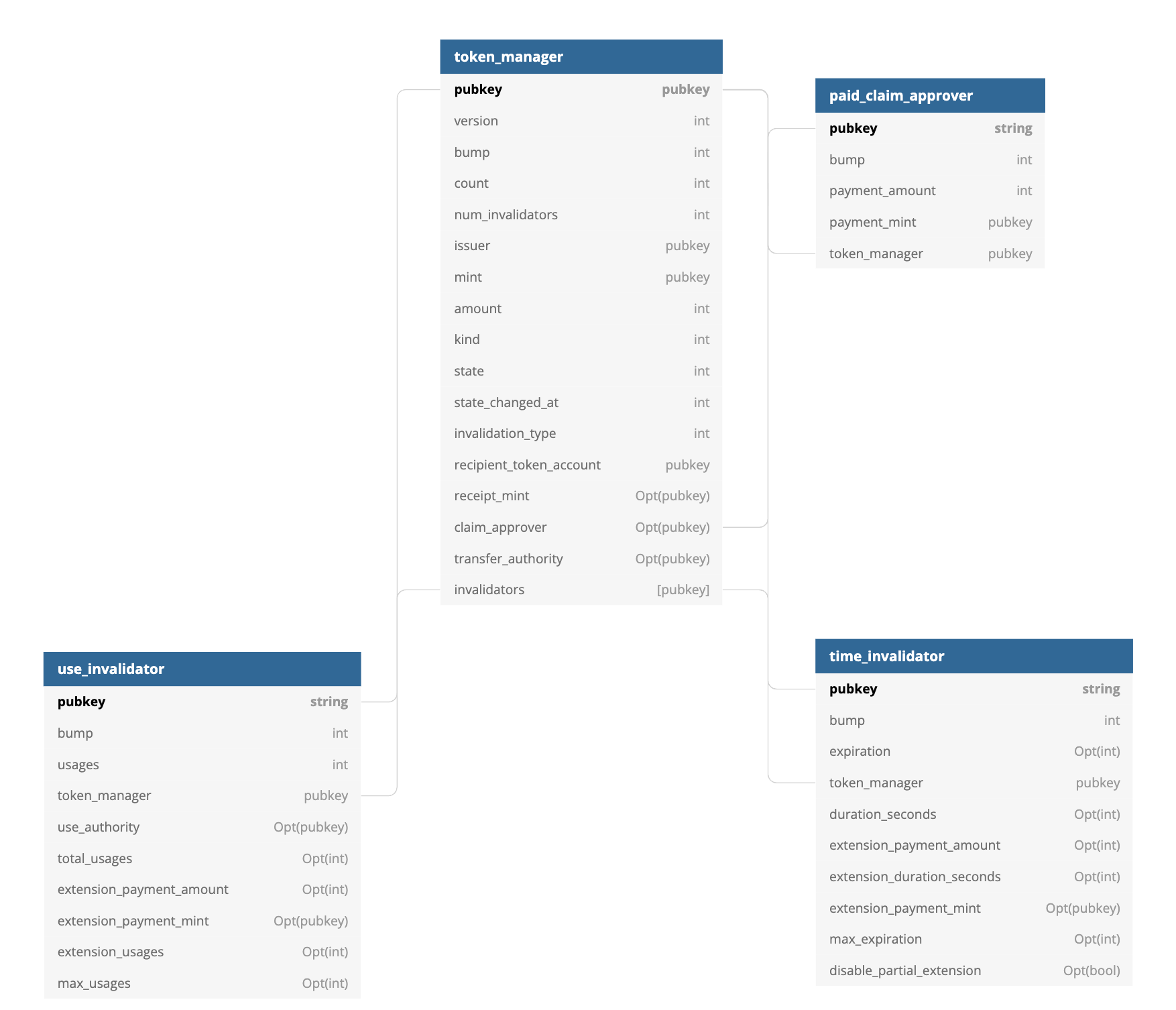 Documentation is a work in progress. For now, one should read the tests.

We soon plan on releasing a React library to make it easy to integrate Cardinal ui components with your frontend.

Cardinal also provides an image generator API. You provide your NFT metadata and image, or a URL to where its hosted, and use the url https://api.cardinal.so/metadata/{mintId} when minting the token and the API will dynamically update the image and metadata based on usages or expiration associated with it so that its always up to date forever and wherever it is viewed.

Reach out to team@cardinal.so if you are interested in using this service.

In short, this means that any changes to this code must be made open source and available under the AGPL-v3.0 license, even if only used privately.